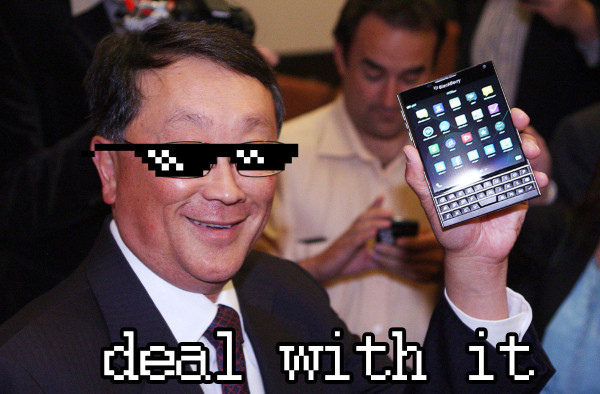 Non-GAAP profit for the fourth quarter was $20 million, or $0.04 per share, compared to earnings of $0.01 per share last quarter. GAAP net income for the quarter was $28 million, or $0.05 per share. GAAP net income includes a non-cash charge associated with the change in the fair value of the debentures of $50 million (the „Q4 Fiscal 2015 Debentures Fair Value Adjustment“), investment income of $115 million related to the Rockstar sale (the „Rockstar Sale Adjustment“) and pre-tax charges of $58 million related to the restructuring program. The impact of these adjustments on GAAP net income and earnings per share is summarized in a table below. Total cash, cash equivalents, short-term and long-term investments was $3.27 billion as of February 28, 2015. The cash balance increased $156 million in the fourth quarter, including net gains of $80 million related to acquisitions and divestitures during the quarter. Aggregate contractual obligations amounted to approximately $1.3 billion as at February 28, 2015, compared to $1.6 billion at the end of the third quarter. Purchase orders with contract manufacturers totaled approximately $394 million at the end of the fourth quarter, compared to $565 million at the end of the third quarter. Excluding the impact of foreign exchange, operating cash flow was $205 million with free cash flow (operating cash flow minus capital expenditures) of $189 million.

„Our focus this past year was on getting our financial house in order while creating a multi-year growth strategy and investing in our product portfolio. We now have a very good handle on our margins, and our product roadmaps have been well received,“ said Executive Chairman and CEO John Chen. „The second half of our turnaround focuses on stabilization of revenue with sustainable profitability and cash generation.“

A conference call and live webcast will be held beginning at 8 am ET, which can be accessed by dialing 1-888-503-8168 or by logging on at http://ca.blackberry.com/company/investors/events.html. A replay of the conference call will also be available at approximately 10 am ET by dialing 1-647-436-0148 and entering pass code 8015758# or by clicking the link above. This replay will be available until midnight ET April 10th, 2015.